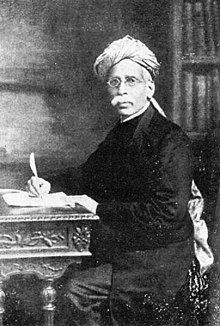 Lawyers' Day is celebrated across Odisha in India on 28 April every year to commemorate the birth anniversary of Madhusudan Das, a legendary Oriya lawyer of the British era and popularly called Madhu Babu or Madhu Barrister.

Madhusudan Das was born to a Zamindari (Karan Kayastha ) family in 28 April 1848 at Satyabhamapur, 20 kilometres (12 mi) from Cuttack during the Company rule in India

He was the first Oriya law graduate, a legal luminary and a source of inspiration for lawyers in the State. The day is also observed as Swaviman Divas. Many functions including cultural shows are organised by the Bar members throughout the state

Madhusudan Das was an Indian lawyer and social reformer, who founded Utkal Sammilani in 1903 to campaign for the unification of Orissa along with its social and industrial development. He was one of the main persons, helping in the creation of Orissa Province, which was established on 1 April 1936.

As a writer and poet, patriotism was always at the forefront of his mind, and that was reflected in all of his literary works. He penned a number of articles and poems in both English and Odia. Some of his important poems are "Utkal Santan", "Jati Itihash" and "Jananira Ukti". He was also an influential speaker in Odia, Bengali and English.

He was a source of inspiration for the lawyers in Orissa and in India. His birth anniversary is observed as Lawyers' Day in Odisha. 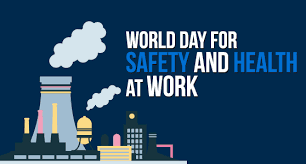 World Day for Safety and Health at Work

This day is observed on 28 April every year by the International Labour Organisation (ILO) since 2003. This day marks how to improve occupational safety, health and looks for continuing these efforts through several changes like technology, demographics, climate change, etc.

So, these are the National and International important Days in April 2021 month which may also help in the preparation for several exams and also enhance your knowledge.