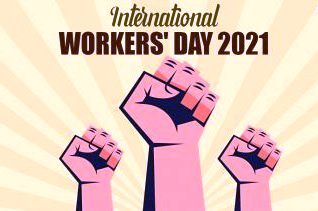 In India, the first Labour Day or May Day was celebrated in Madras (now known as Chennai) by the Labour Kisan Party of Hindustan on May 1, 1923. It was also the first time when the Red Flag which symbolises Labour Day was used in India for the first time. In Hindi, Labour Day is also known as Kamgar Din or Antarrashtriya Shramik Diwas, Kamgar Divas in Marathi and Uzhaipalar Naal in Tamil.

This is all started in 1886 when on 1st May when people in the United States of America started a strike to fix the working duration to a maximum of 8 hours per day. Soon, there was a bomb blast that took place on 4th May in Haymarket Square of Chicago in which many people died and many others were severely injured. In respect to those who died in the incident, the socialist pan-national organization started 1st May as International Labour Day that also promoted labour welfare throughout the world. 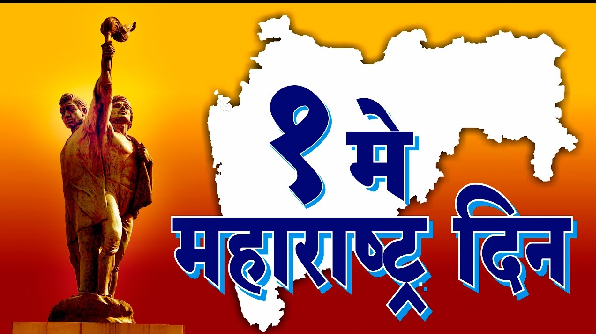 Parallelly, another movement called Mahagujarat Movement started. The latter’s demand was to have a separate state for all the Gujarati-speaking people. These movements were marred with frequent clashed between the two groups demanding a separate state for their community. Finally, peace was restored with the introduction of the Bombay Reorganization Act.

How the celebrations of Maharashtra Day take place?

The day starts with a parade at Shivaji Park, Dadar. The Governor of the state along with the state reserve police, home guards, Mumbai Police, BMC Force, traffic police, among others take part in the parade. Several events are held showcasing the culture and traditions of Maharashtra.

Flag hoisting also takes place at the respective district headquarters in the presence of dignitaries as they commemorate the day with tributes to martyrs on this day. Personalities from various backgrounds such as sports persons, police officials, and doctors are rewarded in recognition of this notable service to the state.

Maharashtrian people are also celebrating Maharashtra Diwas by giving the traditional Lavani performances – narration of poems written by Marathi saints, while processions are held across the state. The State government and several private companies do the launching of new projects and schemes on Maharashtra Day. 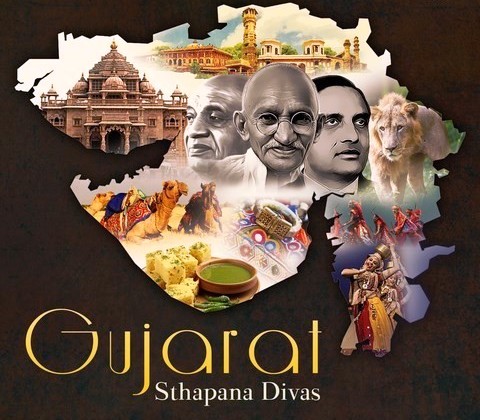 The whole world celebrates May 1 as an International Labour day; however, very few people know that May 1 is also celebrated as 'Maharashtra Day' and 'Gujarat Day'. The first day of May is significant for both the states as it was on May 1 when both the existing states of Maharashtra and Gujarat were formed.

History's roll in making of Gujarat :

The reason why May 1 is celebrated as Maharashtra Day and Gujarat Day in both the respective states is that on this day, 57 years ago, the existing state of Maharashtra was formed. The then Bombay had people speaking various languages like Marathi, Gujarati, Kutchi, and Konkani, however, it did not work out. And, the Sanyukt Maharashtra Andolan began demanding a separate state.

The protest continued till 1960 and in the same year, the Bombay Reorganization Act was passed by India's Parliament to divide the multilingual state of Bombay into Gujarat and Maharashtra. The legislation came into effect on May 1, 1960.

Here's how  Gujarat Day is celebrated:

In Gujarat, the day is celebrated across the state with parades and other government events. The parade takes place on the Sabarmati Waterfall in Ahmadabad.