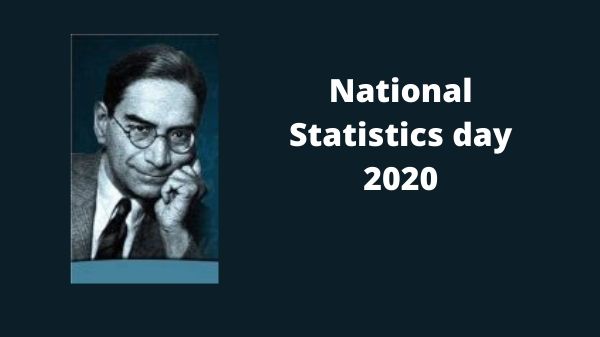 National Statistics Day is celebrated on June 29 in India.  It is the birth anniversary of late Prof. Prasanta Chandra Mahalanobis. He was an Indian scientist and statistician from West Bengal. PC Mahalanobis, was born on June 29, 1893 in Calcutta , West Bengal. He was a key member of the first Planning Commission of independent India.  He wae a Padma Vibhushan awardee. He is often referred to as the 'father of Indian statistics',

He founded the Indian Statistical Institute . He contributed to the design of large- scale sample surveys. The key contribution of PC Mahalanobis is known as "Mahalanobis distance'. The formula is used to find the distance between a point and a distribution, based on measurements in multiple dimensions. It is widely used in the field of cluster analysis and classification.

The first National Statistics Day was observed on June 29, 2006. The day is dedicated to statistics in daily life and creating awareness among people on how statistics helps in framing policies.