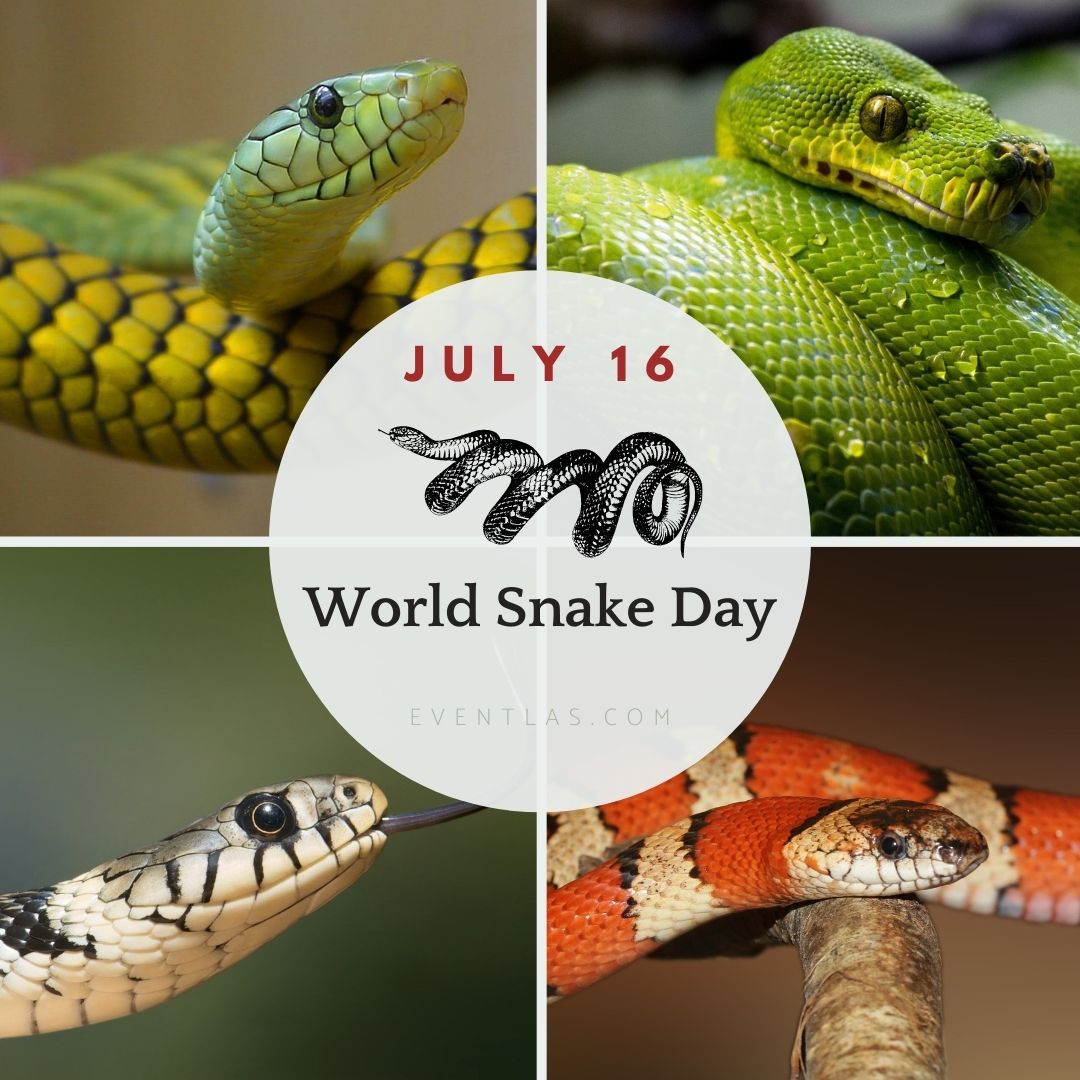 The snake is one of the oldest mythological characters and has been revered by civilizations the world over. There are about 3,458 species of snakes known so far, ranging from the semi-frozen tundra of northern Canada to the steamy jungles of the equator and most of the world’s oceans.

Snakes rely on the environment to regulate their body temperature. They spend as long in the warm sun as they need to in order to get warm, and when they become too warm, they find shade to cool off. They are generally not aggressive unless they are hunting or feel like they need to defend themselves. They shed their skin three to six times a year.

World Snake Day is an important day when it comes to increasing awareness about the different species of snake all around the world. Snakes tend to have a negative connotation

Of the 3,500 species of a snake around the world, there are only around 600 that are venomous. This is less than 25 percent of snakes! There are only 200 species of snake that pose a considerable risk to human life as well.

World Snake Day was created to help people learn more about these animals and how much they contribute to the world as we know it.

World Snake Day may be the time to make that decision. If not, however, you can take advantage of this day to learn some more about these incredible animals.