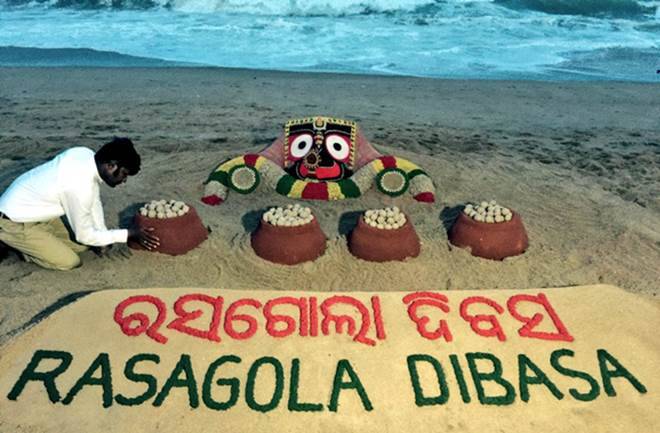 Rasagola, a luscious sweet called differently as ‘rosogolla’, ‘roshogolla’, ‘rasagulla’, ‘rashbari’, and ‘rasgulla’, in West Bengal, Odisha and other parts of the country, became a subject of controversy last year as West Bengal and Odisha governments claimed the sweet as their own.

Today is Niladri Bije of Lord Jagannath. A major prescription of this ritual is Lord Jagannath will attempt to appease Goddess Laxmi by offering her Rasagolla. As per scriptures, Goddess Laxmi is upset with Lord Jagannath for leaving her behind during the festival of Rath Yatra. Rasagola Dibasa is being observed today in the State of Odisha. The observation started back in 2015.