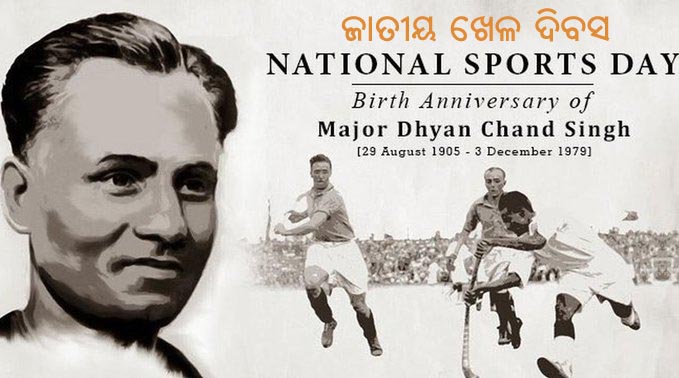 National Sports Day is celebrated to honour Dhyan Chand, a field hockey player. He was one of the best sportspersons of all time. He was born on 29th Aug in 1905. On this day, the sports awards like the Dhronacharya award, Rajiv Gandhi Khel Ratna now known as Major Dhyan Chand Khel Ratna Award and Arjuna Award are presented by the President of the country.

National Sports Day, which is also known as 'Rashtriya Khel Diwas', is celebrated in India on August 29 every year. The National Sports Day was celebrated for the first time in 2012. Honouring Major Dhyan Chand, different activities take place in India to celebrate National Sports Day. He was born on 29 August 1905 and had won various awards throughout his life, including India’s third highest civilian honour -- the Padma Bhushan award. The legendary player died on December 3, 1979, due to liver cancer.