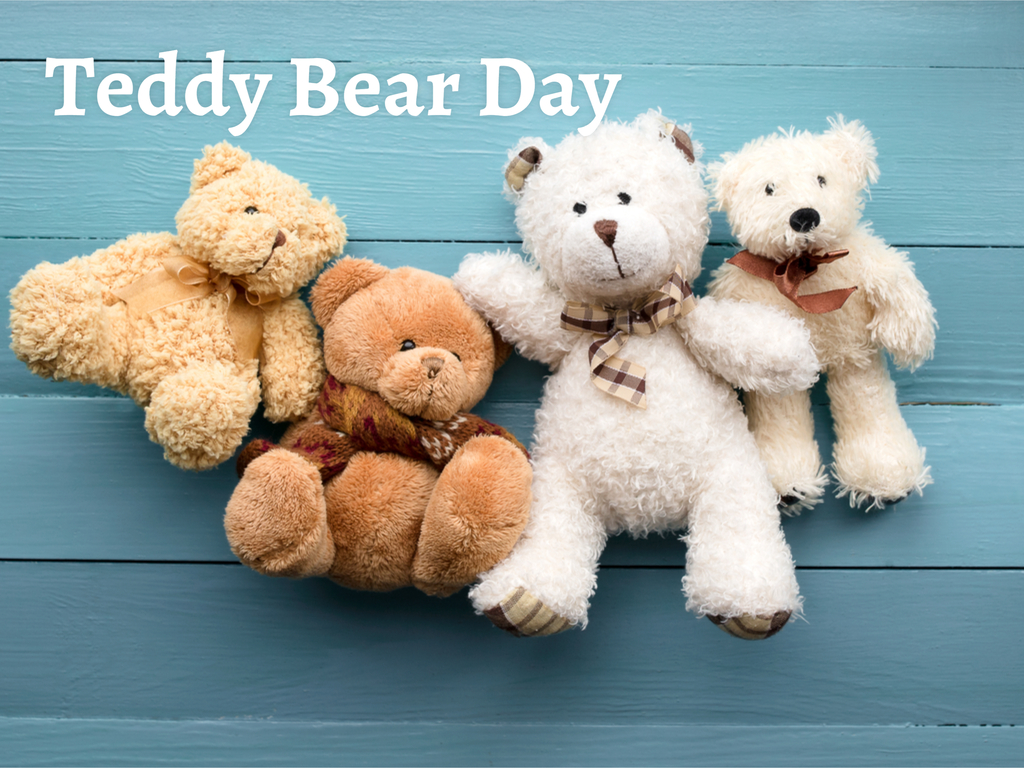 The teddy bear is one of the most popular toys for children. It holds a special place in many adults hearts, too. This lovable stuffed animal has a day all of its own, Teddy Bear Day. It gives a chance for people to get teddy out of the cupboard and make him the center of attention.

It’s an ideal time to get together with others for a teddy bear’s favorite activity, having a picnic, as immortalized in the classic song, ‘Teddy Bear’s Picnic.’ This was written in 1907, shortly after teddy bears were first manufactured in Europe and America. The American toy bears were named Teddy, in honor of President Theodore Roosevelt, who had refused to shoot a small captured bear on a hunting trip.