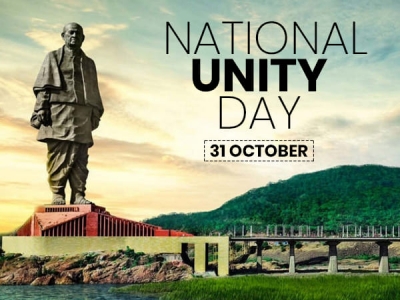 India celebrates National Unity Day on the birth anniversary of Sardar Vallabhbhai Patel on 31 Oct . The “Iron Man of India” is credited with unifying the princely states into the Union of India after Independence from British rule in 1947.  The government declared October 31 as the National Unity Day or the Rashtriya Ekta Diwas in 2014. Much like Mahatma Gandhi, Sardar Patel emphasised the significance of non-violence in the fight against oppression and injustice. On the occasion of Vallabhbhai Patel's 146th birth anniversary, let's have look at some of the famous quotes by the man who personified statesmanship, unity and patriotism.