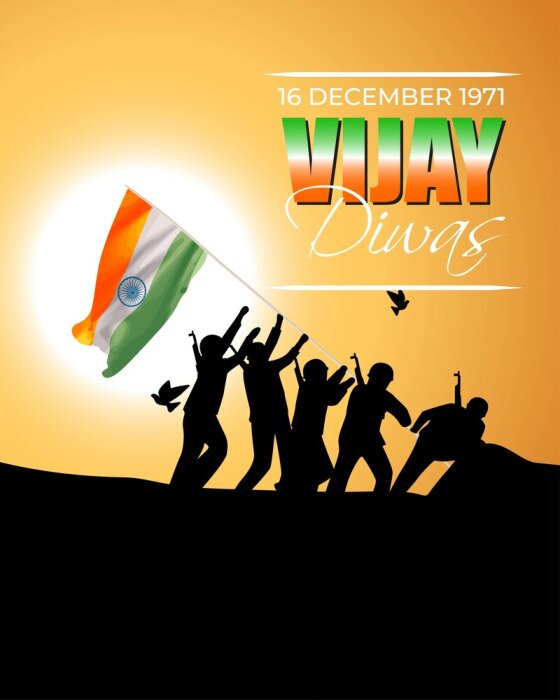 Vijay Diwas is celebrated in India on December 16 to mark the decisive victory over Pakistan in 1971 which resulted in the creation of Bangladesh. It  also provide  in the liberation of East Pakistan.

The conflict was a result of the Bangladesh Liberation War following West Pakistan's ill-treatment of the people and undermining of the election results in East Pakistan.

On March 26, 1971, the call for succession was officially raised by East Pakistan. India's former Prime Minister Indira Gandhi supported them in their independence struggle.