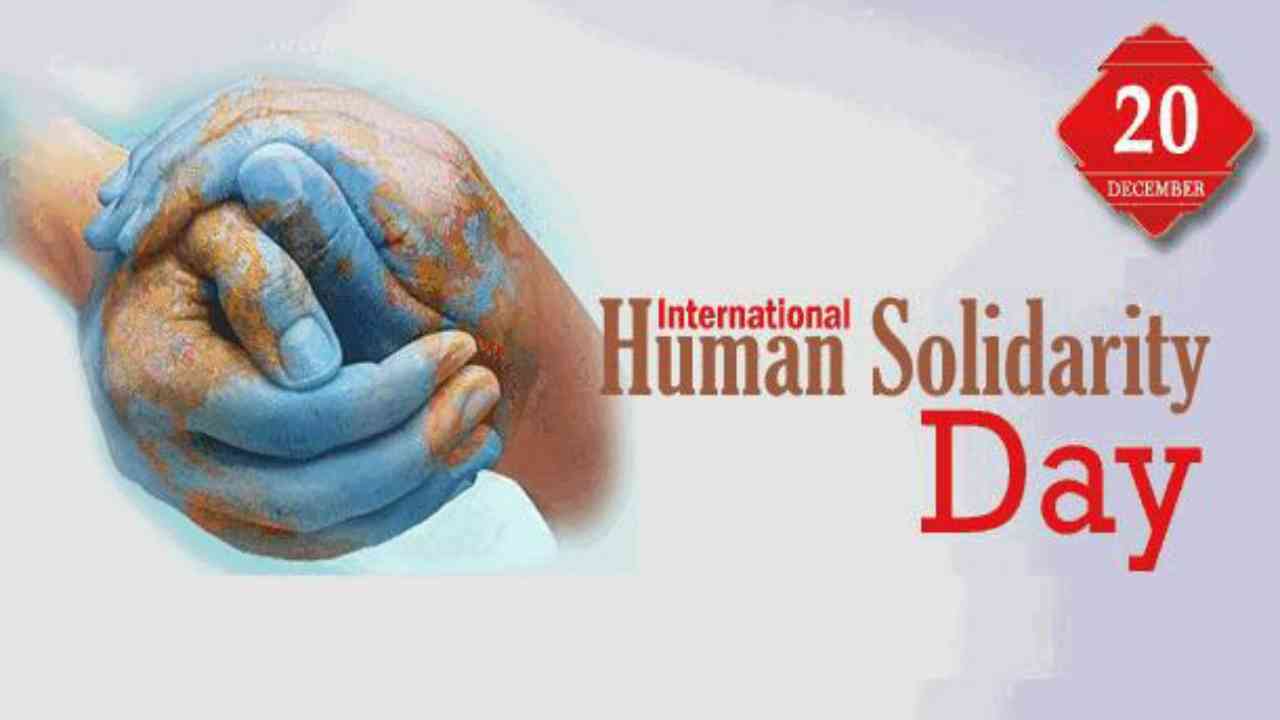 International Human Solidarity Day is observed on 20 December annually to highlight the importance of unity in diversity. The meaning of solidarity is to support one another.

Human Solidarity has been identified as one of the fundamental values of international relations in the 21st Century, where those who suffer or benefit least deserve support from those who benefit most. This is extremely significant especially in the wake of growing inequality in today's time.

The day seeks to remind governments to respect their commitments to international agreements and encourage debate on ways to promote solidarity for the achievement of the Sustainable Development Goals including poverty eradication.

The UN General Assembly was convinced that the promotion of the culture of solidarity and spirit of sharing is important for eradicating poverty. Therefore, UNGA by resolution 60/209 on December 22, 2005 identified solidarity as one of the fundamental and universal values that should underline the relations between people in the 21st century