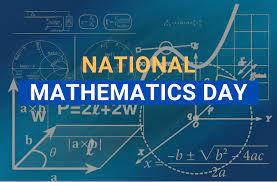 Since then, we celebrate National Mathematics Day every year to mark and commemorate the birth Anniversary of Ramanujan, a Famous Mathematician. Srinivasa Ramanujan was an autodidact in mathematics; he was a genius who taught himself trigonometry at a very young age. Ramanujan was born on 22 December 1887 in a Tamil Family in Tamil Nadu, India.