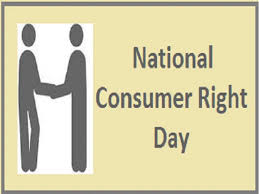 National Consumer Rights Day is observed on 24 December annually. The Consumer Protection Act, 1986 had received the assent of the president on this day. No doubt it is considered a historic milestone in the consumer movement in the country.

This day also provides awareness about consumer rights and responsibilities. Consumers hold the most power in buying and selling of goods. India is still striving to highlight its national consumer movement and stand in solidarity with it. With e-commerce gaining more and more popularity, it is important for consumers to be aware of and exercise their rights, as well as their responsibilities.

In India, the rights of consumers were taken seriously when the Consumer Protection Act of 1986 was enacted. The aim of this bill was to safeguard the consumer against exploitation like the selling of defective goods, unfair trade, fraudulence, and deficiency in services.

India’s parliament passed the updated Consumer Protection Bill on August 6, 2019. The bill, commonly known as CPA 2019, received approval from the President of India on August 9, 2019. Thereafter, the Ministry of Consumer Affairs, Food and Public Distribution declared July 20, 2020, for the CPA 2019 to come into effect.